Today, when I woke up & opened Facebook App, I found, that my friends Son, Abir, also my protégé, who keeps asking me questions frequently, by tagging me to his Facebook status.
Normally , I reply then & there, and most of the time, rather every time, the economy as well as Sensex behaved, as I had replied in my own lengthy way, in detail.
As Abir is 19, already a BSE/NSE investor, and an budding Chartered Accountancy student. I want him to be inclusive, ethical, conservative & duly diligent investment advisor. As IMHO, the only way, to his huge success would be the untapped 90% Indians, who have no stocks in their portfolio or 80% insured Indians, or 95% Indians without any Mutual Fund or SIP in their kitty. They are larger market than the 2% HNIs.

His question today, is deep, far reaching & tricky, where I'm likely to trip, and involves RBI Rates, GDP, Sensex & Bank Interest Rates and Inflation. I chose to stick my neck out on public domain, in full view of my international audience, many of who are cross-border investment funds. I will rather than writing the whole blog insert my Instagram #VenuKiClass updates on the subject, links, pronouncements & ideas running around in the world economists mind & investor sentiments. As well as Cartoons, Screenshots of Newspapers.

So , here is Abir's Question. 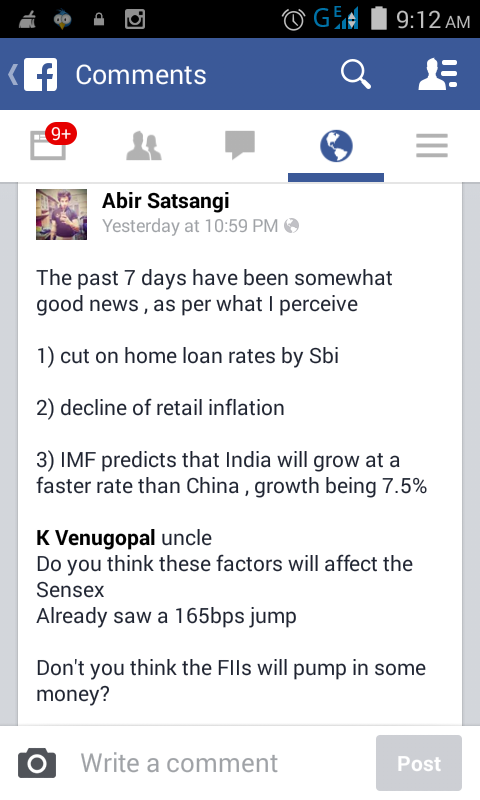 There's this idea of .mine, which I want someone to make a cartoon, Corporates, sitting in front of RBI, Fort, begging Raghuram Rajan to cut RBI Repo rate, when he hands it over to Banks, some Banks(Most of them, already having huge NPAs in their Balance Sheets) throwing 15 naya paisa in their begging bowl. SBI, ICICI HDFC & 4 other Banks have reduced their Base rate by 0.15% or 15 basis points against the 50 basis points reduced in 2 25 basis point reduction in Repo rate by the RBI Governor in November & February. (1 basis point reduction being 0.01%)

Since I can't draw for nuts, the next best thing that I can do is post a cartoon available online. So without wasting much of your time, here is it. 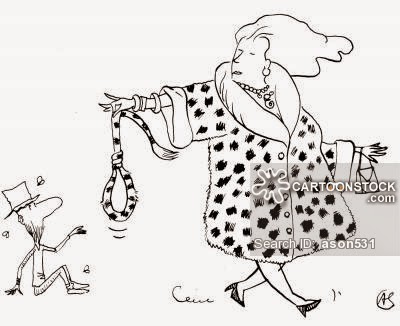 The source is cartoon stock dot com.
The rich lady is parting with pittance to the beggar, the alms he does not need. Well, in the same way, as per my earlier #VrnuKiVlass updates, I'm yet to see in the media, any Bank press release, announcing unadited financials total deposit &,advances CAGR or profit numbers, mark my words, when they do, the advances growth rate shall be the worst in 24 years since 1991 liberalisation budget by Dr Manmohan Singh, in the P V Narasimha Rao's budget. The point being, when most of the banks are flush with funds/cash
A) There are no takers for new Bank Credit.
B) Banks are compelled to invest these surplus funds into Gilts & G-Secs as the Call Money market too is damp, due to no need by Any Bank in the Interbank Market. Also, Banks are surprisingly & totally outrageously stupidly investing in an already overheated Stock Market. So, my question, who who benefit, from the rate reduction? Home Loan buyers? Tell you what? The new home loan seekers are those, who already own 2/3 or sometimes 4 houses, and to them, 0.15% reduction is chanachur garam
Or snacks, not dinner!! For them 20% price gain annually is what they look for, not the interest rate, they anyway invest in realty, boom, bust, recession or stagflation. The employment numbers & the new employees, with the pay packages they are getting cannot afford a new house. For a 40 lakh house(which is the starting price of any affordable and size wise reasonable house, the EMI is ₹30000(₹30Lakhs being the loan component at 25% margin) The minimum income required for a ₹30000 EMI is ₹60000 per month, who has such incomes in India? Barely 5% of which 4% already have more than 2 houses.
Here an earlier unfinished blogpost titled
"VenuG Presents : #VenuKiClasz on Macroeconomics. A study into Current Account Deficit, which shows declining economic Indicators like IIP & CAD.
Two screenshots, one showing IIP &,second questioning why Banks are not reducing interest rates. Mind you, we at Syndicate Bank, last revised interest rates downwards by 25,basis points was in 2013!!! 1 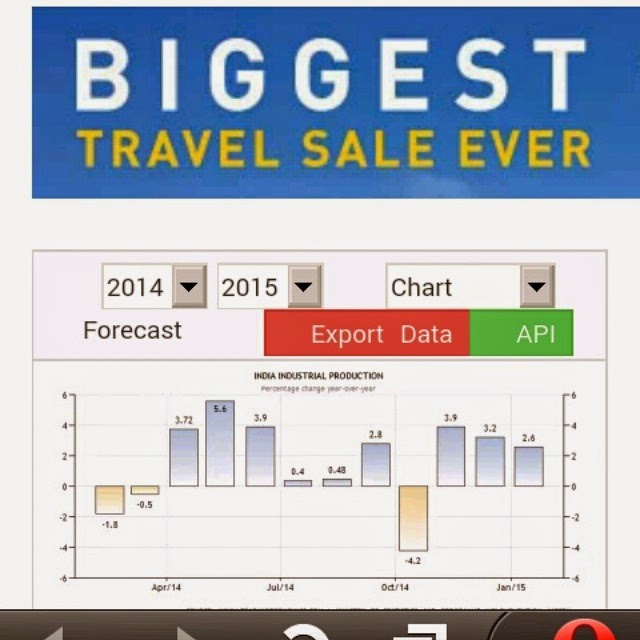 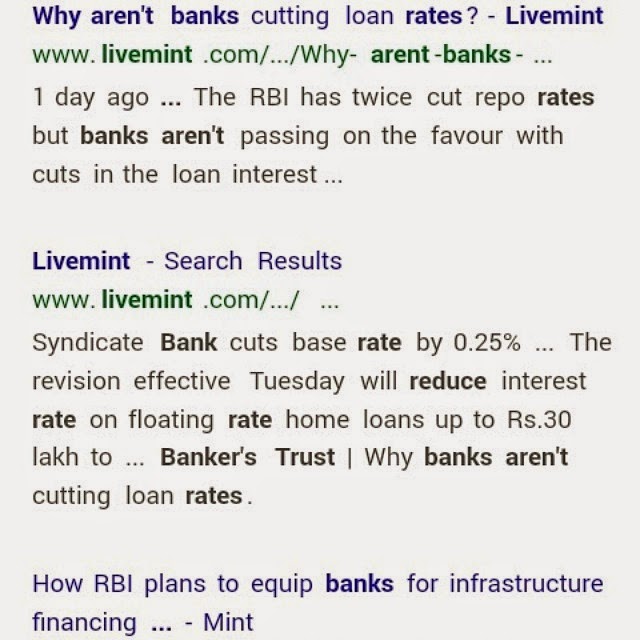 India is a long term story, it will grow bigger than China & US by 2019(my earlier prophecy was 2025 ) not because of what Government, Industry , RBI, Ministry of Finance of NITI Ayog(renamed planning commission) do. But due to demographics. 65% of Indians are under 35 & they consume, this consumption is the petrol in Indian Economy Car! 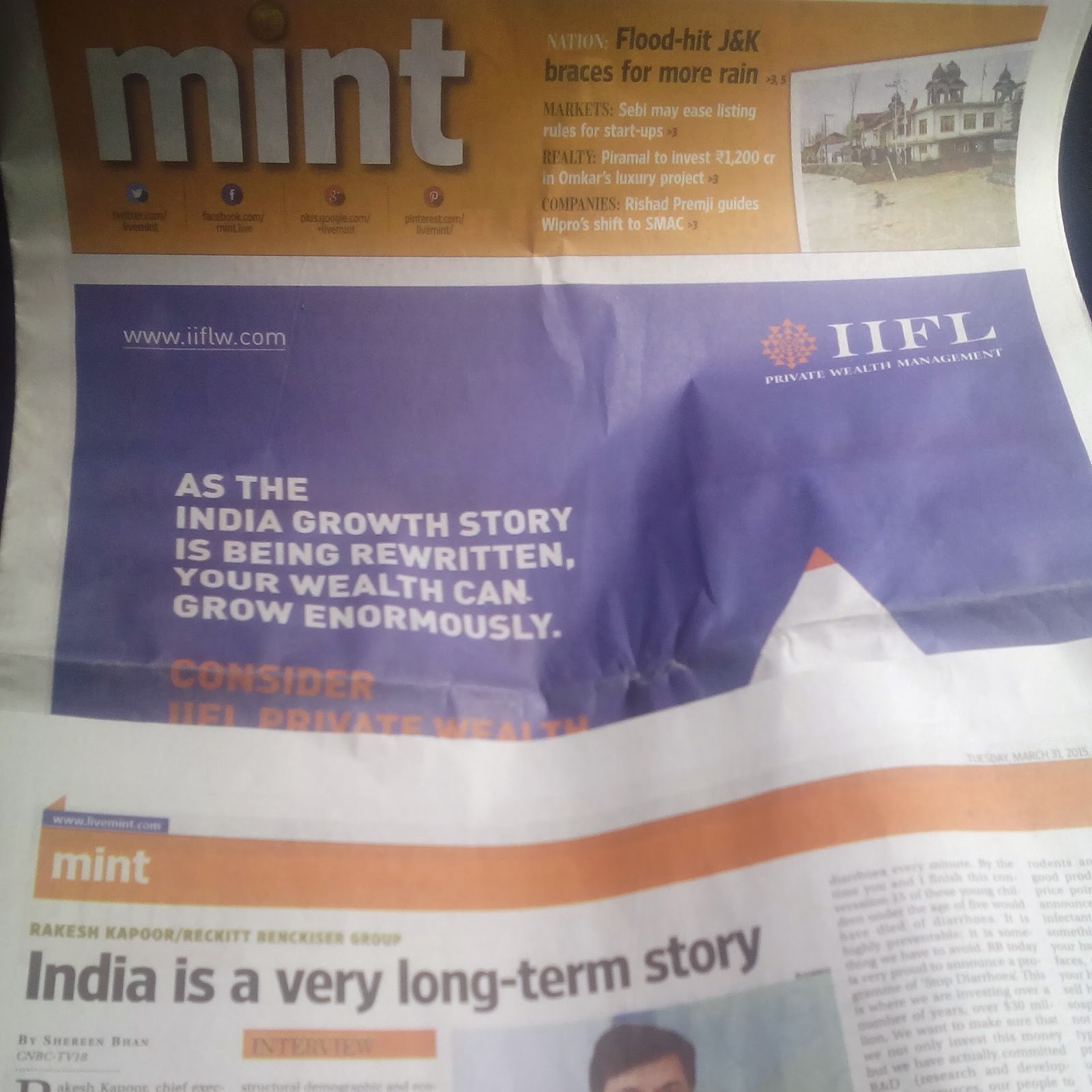 But wait, as it grows by 2019, it will fall in 2040, when 65% India is over the age of 50 & risk averse.
Of course, two things can alter this. If the GoI ministry of technology speeds up patenting regime, & allows more & more Indians to register their R&D rather than scuttling them, used with "Make in India For Indians not for Export" (Change from Mr Narendra Modi's Slogan "Make in India for Export" the Indian Economy will gallop, so will the Sensex.
I want the Sensex to gallop on Indian retail investors investments, Indian firms listing more & more, including startups on e-commerce, NOT FII INVESTMENT.
WHY?
What Janet Yellen does in US, will wipe out the Sensex Gains. US is that polygamous man, who looks for new mistresses to sleep with, & its new latest mistresses are Iran & Yemen. US cross border investment funds are not like faithful husbands, they move from country RO country, once they find a new virgin economy, they screw it up then discard it & move to a new virgin economy. 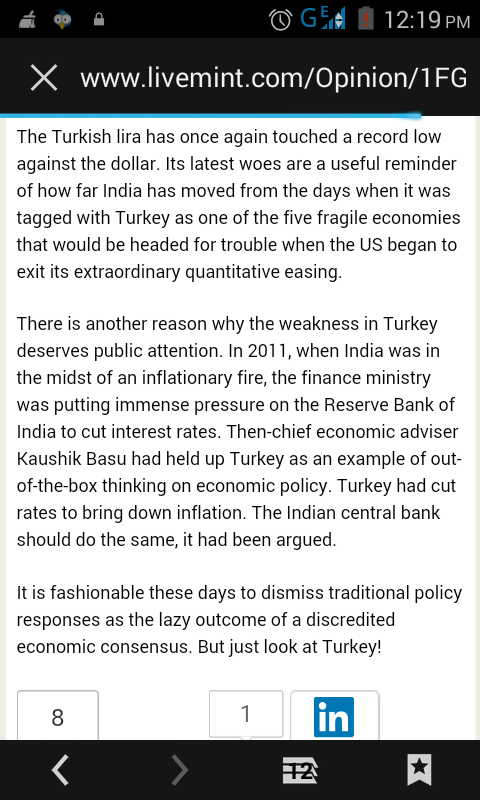