MY PERSONAL VIEW IS
When the interest rate of US Debt is 1.7%
And growth Rate in India of EATD (Earnings after tax and depreciation) is around 18%
And Cash Profit(After adding depreciation which is a book entry and stays in the firm) is 30%
How much more greedy can FII's be ?

The Finance Minister
Must look at Indian solutions for Indian Problems
Like the US Ignores Indian interest on Terrorism or Iran Oil
Must we look at The interest of Indian Voters And Tax Payers
OR FOREIGNERS ?

Think logically without being political about it.

BJP is actually digging a hole now
for the UPA II
And
If it is successful in gaining power
as it fantasizes
BJP  / NDA us might themselves fall into that very hole.

I start with Dr Bimal Jalan's view that current situation is bad link HERE , but not as bad as 1991 ( He was the economic adviser and then the RBI Governor during that time) He also happens to be the signatory of the Ra500 note of which maximum fakes were printed (the green note)

china data available only from 2010

Kind Attention Shri Bimal Jalan
Mr Jalan is terribly off mark as per  % to GDP
But right on number of months exports in $ terms. 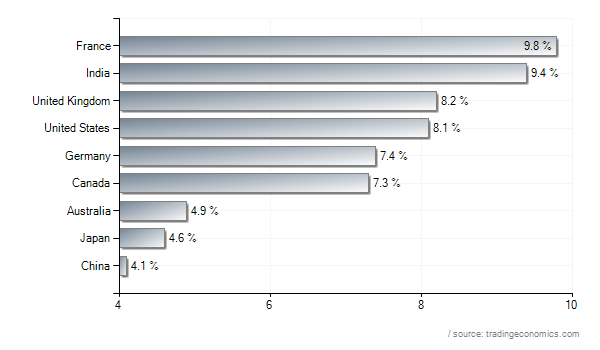 Thanks to http://tradingeconomics.com my work was made easy.

I would like  ALL TO GO Tradingeconomics.com HERE and check countries by maps, check the indicators YoY change in currencies, stock markets, GDP  growth, INFLATION , Unemployment , interest rates. The rants of the industry especially on interest rates and aam janta on inflation IS HIGHLY UNCALLED FOR

I am marking this blog to various news editors of media, to bring some objectivity to its one sided reportage of economic indicators which in my view EVEN BRAMHA CANNOT IMPROVE , in the fragile political situation, and the highly illogical stand of the civil society ( on anti corruption issues ) and The courts ( on auction pricing mechanism of resources, WHICH IN MY OPINION, shall make India into Greece. This subject matter was dealt by me in my blog post written yesterday yesterday titled aptly " Annus horribilis "

The only solutions available to India is

A) End to policy paralysis due to the coalition scuttling of any positive  legislation.
B) Bold and strong decisions, even taking risk of losing the right to rule, I very much doubt that any political party would let this government fall now, as no one is ready to face the electorate now.
C) GST
D) DTC
E) NCTC
F) Reduction of Direct tax. rates removing ANY EXEMPTIONS( PROSPECTIVE) exemptions to those who availed insurance/housing loan to continue to get benefit till closure of the contract)
G) Allowing transparent investment procedures discouraging circuitous participatory notes or tax haven investments and off-shore deals.
H) Increase of prices of Power, Water, Gas , Diesel, petrol by fixing transparent calculation methods on rise of currency / oil / input prices like coal/labour/steel.
I) Reduce indirect subsidy and introduce cash subsidy.
f) Incentives for export and employment oriented industries, in the form of interest/tax drawbacks. On execution not before.

Since I said even Bramha CANNOT take the above decisions except  GST & DTC, which at least will help aam janta definitely.
After heavy reading can we laugh, for a few moments, life goes on and we have to live, inflation or no inflation.

Freedom at Midnight
The way we WERE THEN 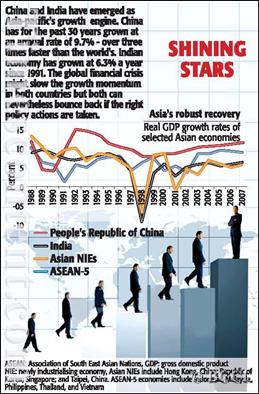 Here another cartoonist says that World looks to India for Growth, which is a fact 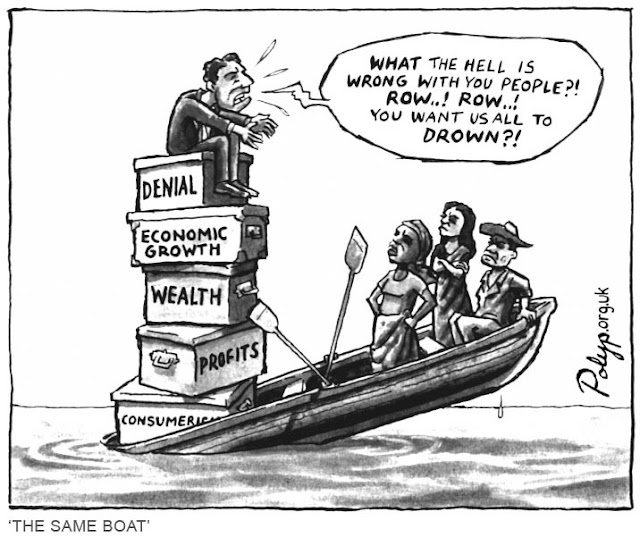 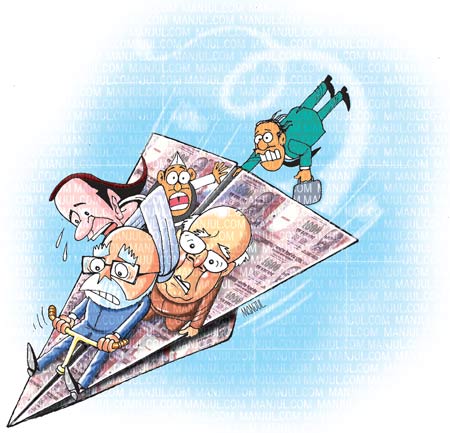 Labels: Analysis of Economic Data, Eurozone, Meltdown and its effect on economies, Where does India stand